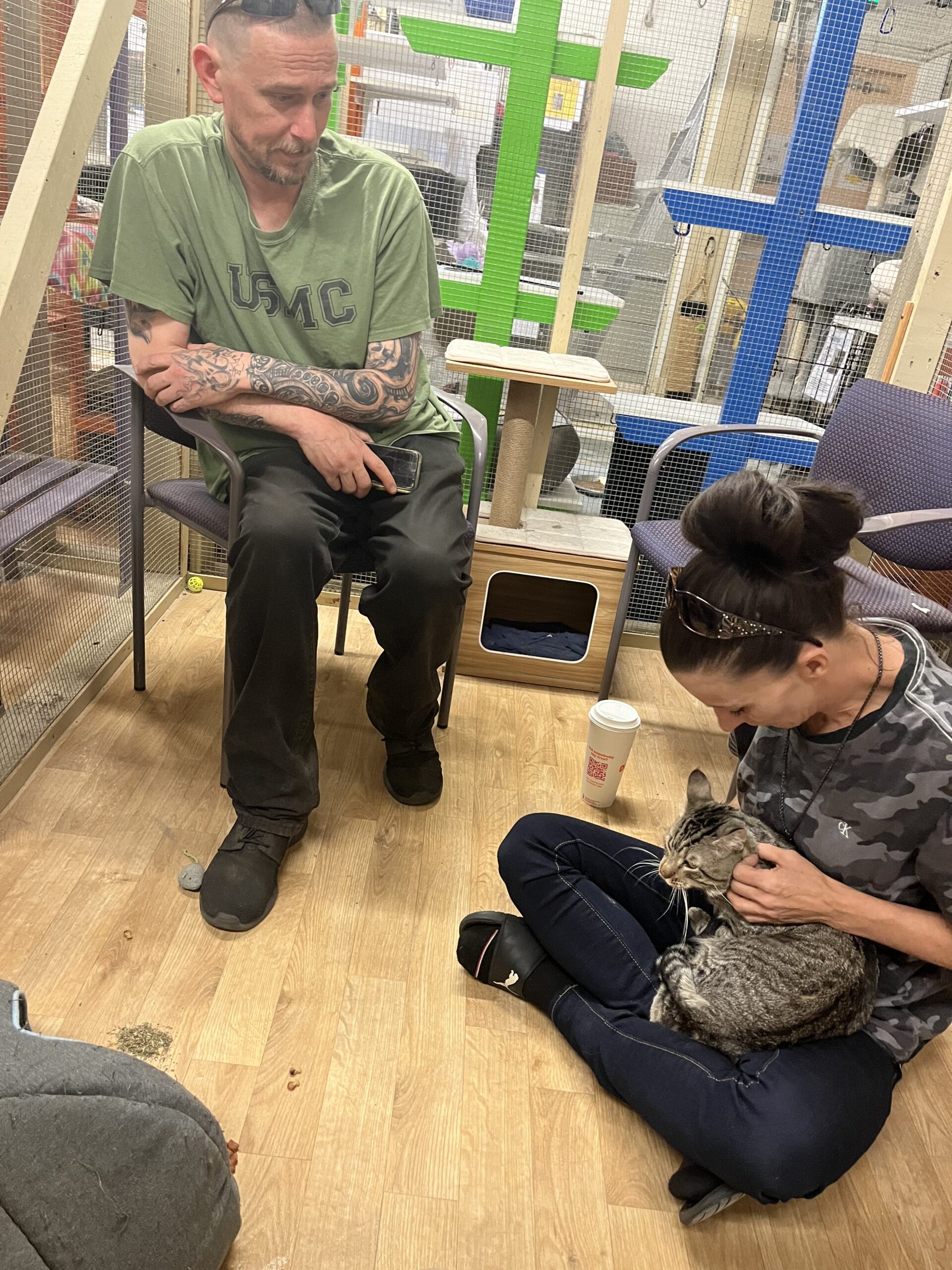 In May, dozens of residents were displaced after Wilmington building inspectors declared 27 apartment units along North Adams Street unsafe and uninhabitable. John Rago, Mayor Mike Purzycki’s deputy chief of staff, said apartment units in 808-820 N. Adams Street were condemned after inspectors responded to a partially collapsed wall in the alleyway between two buildings and determined multiple buildings were not structurally safe.

Stephanie Lambert, who lived in one of the apartment buildings for several years, said she has had issues with suspected black mold, a caved-in roof, and an electrical fire. In May after her apartment was deemed unfit for human inhabitants, she was forced to call out of work and figure out where she, her two children, grandchild, and their pet cat were going to stay for the night. “I didn’t know where I was going to go,” she told us.

Stephanie ended up going to New Castle County Hope Center but was unable to stay there long term. Nancy, the Client Support Manager at Hope Center for Faithful Friends Animal Society, was able to get in contact with Stephanie and let her know that Faithful Friends would be able to help by providing temporary shelter for her beloved cat while she got back on her feet. Stephanie praised Nancy’s dedication, saying she went above and beyond to help, made her feel as comfortable as possible, and secured arrangements for her cat Tigger to stay at the shelter temporarily.

Faithful Friends has provided case management support services for ~50 pets while their families are residing at Hope Center. The organization provides basic medical care for cats and dogs and pet supplies, including toys, blankets, sweaters, and treats.

For now, Stephanie is staying at the Fairview Inn while she continues to work on more permanent housing for her and her family. She is relieved that Tigger is safe and cared for at Faithful Friends, where she visits him at least twice a week. Tigger and Stephanie’s dog, will be spayed and neutered through the shelter’s affordable veterinary clinic thanks to a grant the organization received, and at no cost to Stephanie.

Faithful Friends is grateful to be able to provide a safety net of services to support Stephanie and others like her when they need help the most, keeping pets united with their families.

Are You Ready to Complete Your $25 Gift?