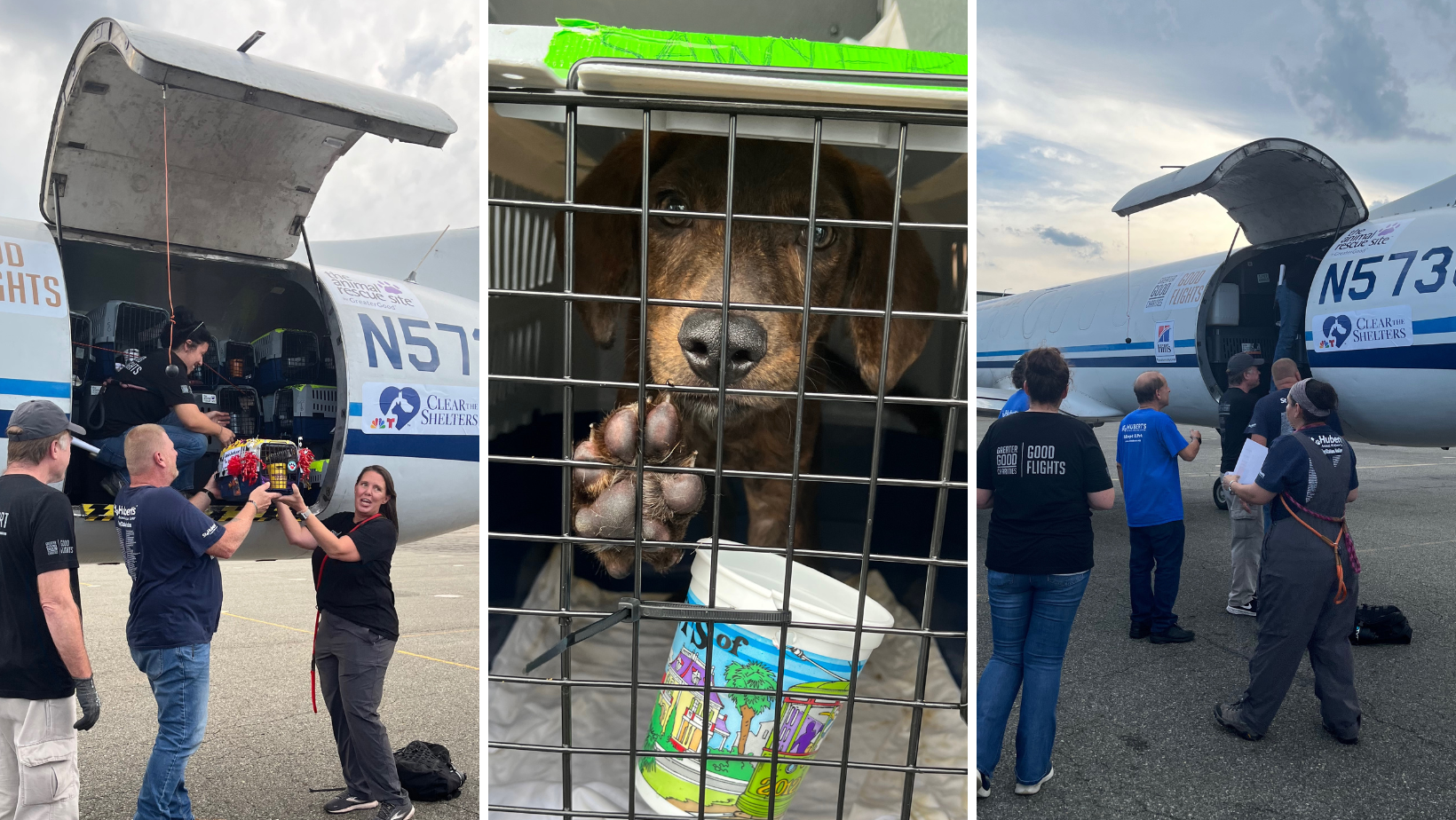 The flight yesterday transported more than 140 at-risk dogs and cats from overcrowded shelters in Louisiana and Alabama to New Jersey where FFAS met the flight crew before transporting 9 dogs back to Delaware. Eight other shelters from Delaware, Pennsylvania, and New Jersey participated in this effort.

Lynn Garcia, Program Manager, Waystation at St Hubert’s stated that it was “a beautiful day” to see all the animals being rescued and shelters coming together

The airlifts are part of Greater Good Charities’ Good Flights program and are funded by Hill’s Pet Nutrition and The Animal Rescue Site. In addition to helping fund the flight mission, Hill’s Pet Nutrition is donating more than 6,000 pounds of food to support pets at the participating sending and receiving shelters.

Hill’s Pet Nutrition, a subsidiary of Colgate-Palmolive and a global leader in science-led pet nutrition, is a national sponsor of Clear The Shelters for the fifth straight year. Hill’s also supports shelter pets year-round through its Food, Shelter & Love program, which provides science-led nutrition to more than 800 shelters in the US and Canada and has helped more than 12 million pets find new homes since 2002.